Darkness Visible: Inside the World of Philip Pullman and His Dark Materials by Nicholas Tucker
Poppy by Mary Hooper
Troll by D.B. Thorne
The Gauntlet (The Cage, Book 3) by Megan Shepherd
A Peace Divided by Tanya Huff

Darkness Visible: Inside the World of Philip Pullman and His Dark Materials by Nicholas Tucker

English | 2017 | ISBN: 1785782282 | 224 pages | EPUB | 2 MB
What do Philip Pullman and J.K. Rowling have in common that has made both of their stories so successful? What does Pullman listen to while he writes – and who, or what, is Dust?
Pullman’s award-winning trilogy His Dark Materials has been appreciated by readers of all ages. It is now set to welcome new fans as it is adapted for television by the BBC in 2018, and the first part of his new trilogy, The Book of Dust, at last sees publication.
Nicholas Tucker, a leading authority on children’s literature, writes about the man he knows as a friend. Unpacking and examining Pullman’s life and the sources he drew on for his masterpiece, he explores the world of science, theology, imagination and adventure that Pullman has created.
Including a personal interview with Pullman himself, Darkness Visible offers a unique exploration of the author’s work – and its controversies.

English | 2016 | ISBN: 1619634961 | 288 pages | EPUB | 1 MB
England, 1914. Poppy is fifteen, beautiful and clever, but society has already carved out her destiny. There’s no question of her attending more school; it’s too expensive and unsuitable for a girl. Instead, Poppy will become a servant to the aristocratic de Vere family . . . and bury her feelings for their youngest son, Freddie. It doesn’t matter that Freddie seems to have fallen just as hard for Poppy. He could never marry a girl like her.
But the set path for Poppy’s life is irrevocably altered when it becomes clear that the war isn’t going to be over soon. The chains of class, wealth, and her gender no longer matter—England needs every able bodied person to serve in battle in some way. Which, for Poppy, means volunteering on the front lines as a Voluntary Aid Detachment nurse. As she experiences what people are capable of—the best of humanity and the very worst—Poppy will find an unexpected freedom and discover how to be truly her own person.

English | 2017 | ISBN: 1782395946 | 368 pages | EPUB | 0,6 MB
A gripping and explosive psychological thriller about a young woman who disappears in suspicious circumstances having been hounded by a vicious online troll.
Years ago, Fortune gave up on his daughter, Sophie, after a troubled adolescence. Now she’s gone missing, vanished without trace. And after weeks of investigation, the police have given up on her, too.
Driven by guilt, and a determination to atone for his failures as a father, he takes on the search himself. He soon finds that his daughter had been living in fear of a vicious online troll who seemed to know far too much about her. Could Sophie’s disappearance be linked to this unknown predator? Fortune is about to discover that monsters which live online don’t always stay there…

The Gauntlet (The Cage, Book 3) by Megan Shepherd

English | 2017 | ISBN: 0062243128, 0062243136 | 400 pages | EPUB | 0,9 MB
Cora and her friends have escaped the Kindred station and landed at Armstrong—a supposed safe haven on a small moon—where they plan to regroup and figure out how to win the Gauntlet, the challenging competition to prove humanity’s intelligence and set them free. But Armstrong is no paradise; ruled by a power-hungry sheriff, it’s a violent world where the teens are enslaved and put to work in mines. As Nok’s due date grows closer, and Mali and Leon journey across space to rescue Cassian, the former inhabitants of the cage are up against impossible odds.
With the whole universe at stake, Cora will do whatever it takes, including pushing her body and mind to the breaking point, to escape Armstrong and run the Gauntlet. But it isn’t just a deranged sheriff she has to overcome: the other intelligent species—the Axion, Kindred, Gatherers, and Mosca—all have their own reasons to stop her. Not knowing who to trust, Cora must rely on her own instincts to win the competition, which could change the world—though it might destroy her in the process.

A Peace Divided by Tanya Huff

English | 2017 | ISBN: 0756411505 | 384 pages | EPUB | 1,5 MB
Gunnery Sergeant Torin Kerr had been the very model of a Confederation Marine. No one who’d ever served with her could imagine any circumstance that would see her walking away from the Corps.
But that was before Torin learned the truth about the war the Confederation was fighting… before she’d been declared dead and had spent time in a prison that shouldn’t exist… before she’d learned about the “plastic” beings who were really behind the war between the Confederation and the Others. That was when Torin left the military for good.
Yet she couldn’t walk away from preserving and protecting everything the Confederation represented. Instead, ex-Gunnery Sergeant Torin Kerr drew together an elite corps of friends and allies—some ex-Marines, some civilians with unique skills—and together they prepared to take on covert missions that the Justice Department and the Corps could not—or would not—officially touch. But after their first major mission, it became obvious that covert operations were not going to be enough.
Although the war is over, the fight goes on and the Justice Department finds its regular Wardens unable to deal with violence and the people trained to use it. Ex-Gunnery Sergeant Torin Kerr has a solution: Strike Teams made up of ex-military personnel, small enough to maneuver quickly, able to work together if necessary. Justice has no choice but to implement her idea and Torin puts her team of independent contractors back into uniform. It isn’t war, it is policing, but it often looks much the same.
When the scientists doing a preliminary archaeological dig on a Class Two planet are taken hostage, Torin’s team is sent to free them. The problem of innocents in the line of fire is further complicated by the fact that the mercenaries holding them are a mix of Confederation and Primacy forces, and are looking for a weapon able to destroy the plastic aliens who’d started and maintained the war.
If Torin weren’t already torn by wanting that weapon in play, she also has to contend with the politics of peace that have added members of the Primacy—former enemies—to her team. Before they confront the mercenaries, Torin will have to sift through shifting loyalties as she discovers that the line between”us” and “them” is anything but straight. 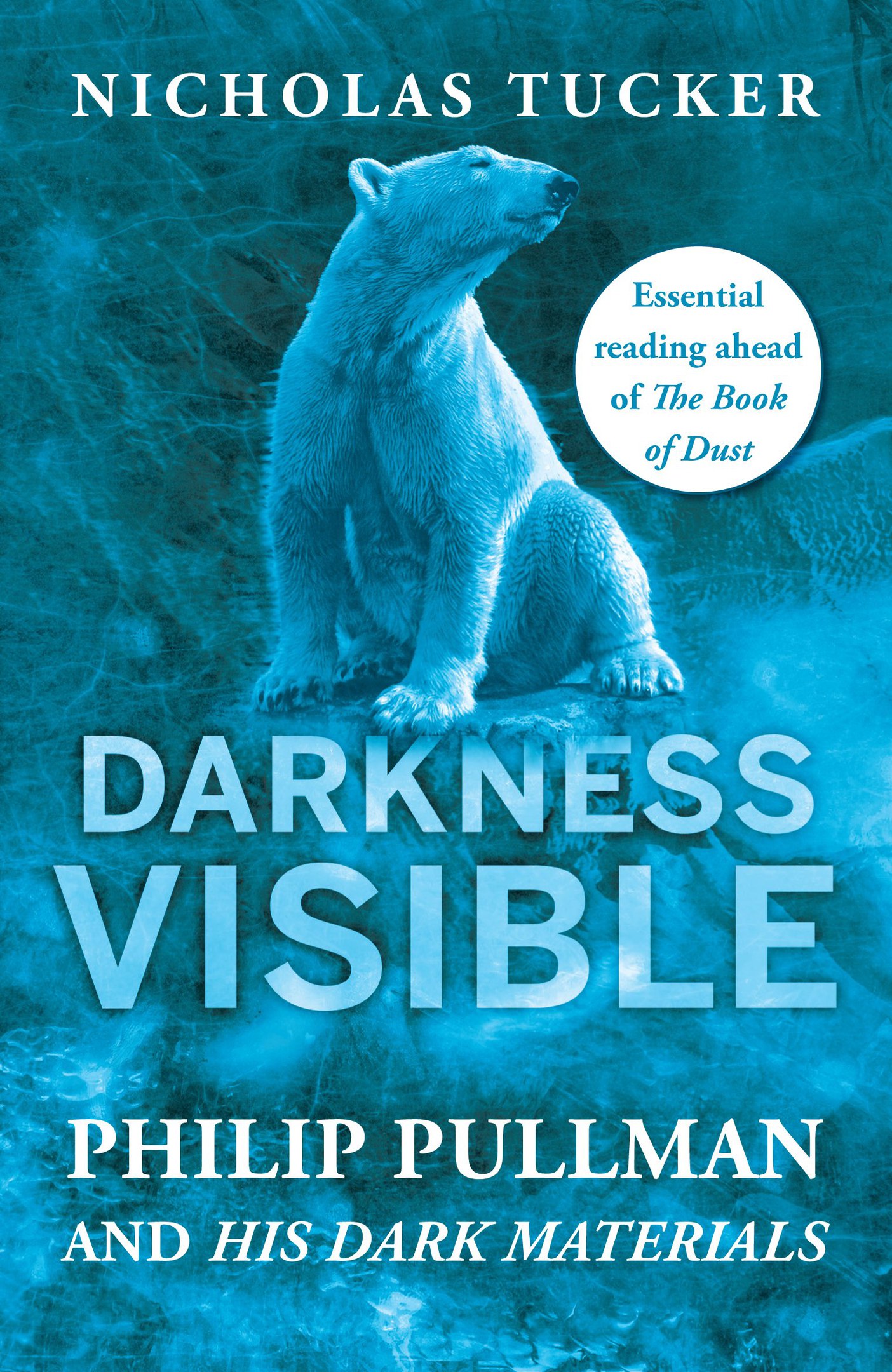 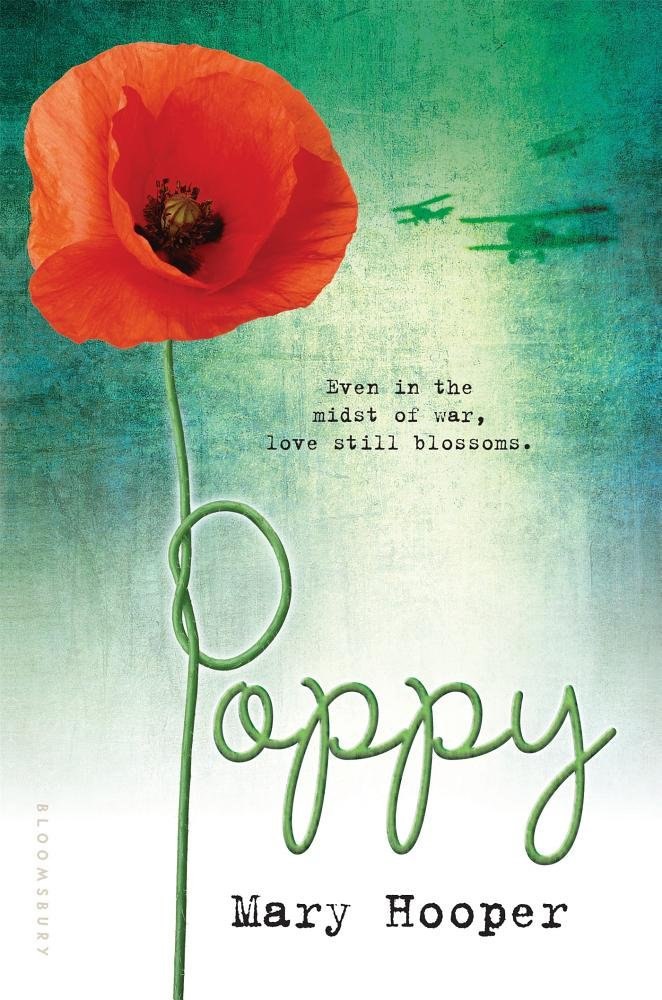 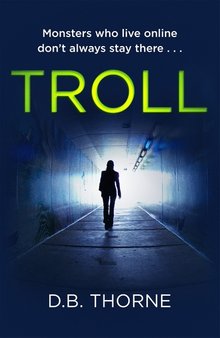 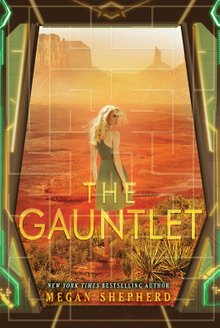 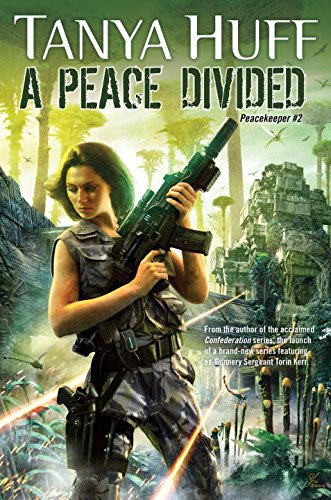