English | 2005 | 1076 pages | EPUB | 13 MB
Offering clear and reliable guidance to the ideas of philosophers from antiquity to the present day and to the major philosophical systems around the globe, The Oxford Companion to Philosophy is the definitive philosophical reference work for readers at all levels. For ten years the original volume has served as a stimulating introduction for general readers and as an indispensable guide for students and scholars. A distinguished international assembly of 249 philosophers contributed almost 2,000 entries, and many of these have now been considerably revised and updated in this major new edition; to these are added over 300 brand-new pieces on a fascinating range of current topics such as animal consciousness, cloning, corporate responsibility, the family, globalization, terrorism .
Here is, indeed, a world of thought, with entries on idealism and empiricism, epicureanism and stoicism, passion and emotion, deism and pantheism. The contributors represent a veritable who’s who of modern philosophy, including such eminent figures as Isaiah Berlin, Sissela Bok, Ronald Dworkin, John Searle, Michael Walzer, and W. V. Quine. We meet the great thinkers–from Aristotle and Plato, to Augustine and Aquinas, to Descartes and Kant, to Nietzsche and Schopenhauer, right up to contemporary thinkers such as Richard Rorty, Jacques Derrida, Luce Iragaray, and Noam Chomsky. There are short entries on key concepts such as personal identity and the mind-body problem, major doctrines from utilitarianism to Marxism, schools of thought such as the Heidelberg School or the Vienna Circle, and contentious public issues such as abortion, capital punishment, and welfare. In addition, the book offers short explanations of philosophical terms (qualia, supervenience, iff), puzzles (the Achilles paradox, the prisoner’s dilemma), and curiosities (the philosopher’s stone, slime). Almost every entry is accompanied by suggestions for further reading, and the book includes both a chronological chart of the history of philosophy and a gallery of portraits of eighty eminent philosophers.
An indispensable guide and a constant source of stimulation and enlightenment, The Oxford Companion to Philosophy will appeal to everyone interested in abstract thought, the eternal questions, and the foundations of human understanding.

Freedom from the Known by J Krishnamurti

English | July 1st, 2010 | 130 pages | EPUB | 0.13 MB
Born in poverty in India, Jiddu Krishnamurti (1895-1986) became a leading spiritual and philosophical thinker whose ideas continue to influence us today. George Bernard Shaw declared that he was the most beautiful human being he had ever seen and Aldous Huxley was one of his close friends.
Whether debating politics with Nehru, discussing theories with Rupert Sheldrake and Iris Murdoch, or challenging his students not to take his words at face value, Krishnamurti engaged fully with every aspect of life. He is regarded by many modern religious figures as a great teacher, an extraordinary individual with revolutionary insights; Joseph Campbell, Alan Watts, Eckhart Tolle and Deepak Chopra are all indebted to his writings.
Freedom from the Known is one of Krishnamurti’s most accessible works. Here, he reveals how we can free ourselves radically and immediately from the tyranny of the expected. By changing ourselves, we can alter the structure of society and our relationships. The vital need for change and the recognition of its very possibility form an essential part of this important book’s message.

Kwame Anthony Appiah, “As If: Idealization and Ideals”

English | 2017 | 240 pages | PDF | 2 MB
Idealization is a basic feature of human thought. We proceed as if our representations were true, while knowing they are not. Kwame Anthony Appiah defends the centrality of the imagination in science, morality, and everyday life and shows that our best chance for accessing reality is to open our minds to a plurality of idealized depictions.

English | 2009 | 250 pages | PDF | 1 MB
In this wide ranging volume of philosophical essays John Haldane explores some central areas of social life and issues of intense academic and public debate. These include the question of ethical relativism, fundamental issues in bioethics, the nature of individuals in relation to society, the common good, public judgement of prominent individuals, the nature and aims of education, cultural theory and the relation of philosophy to art and architecture. John Haldane is Professor of Philosophy, and Director of the Centre for Ethics, Philosophy and Public Affairs in the University of St Andrews. He is also a former Royden Davis Professor of Humanities at Georgetown University and is currently a Senior Fellow of the Witherspoon Institute, Princeton. As well as being a prominent academic philosopher he is well known in Britain, in North America and elsewhere in the English-speaking world as a public intellectual and social commentator. ‘In Practical Philosophy, John Haldane eloquently makes the case for an approach to ethics that is distinctively practical ― thought with a view to action (as contrasted with theoretical thought that might possibly be applied to the domain of action). Taking his inspiration from a tradition that includes Aristotle, Aquinas, and Elizabeth Anscombe, Haldane argues that an orthodox dichotomy has long dominated both philosophical and everyday thinking: we must be either dualists or material reductionists. Both of these alternatives, however, neglect a subtle approach to intentionality and agency offered by the Aristotelian tradition. Haldane uses his illuminating approach to advance arguments on a number of controversial moral and political issues: the status of the foetus, the importance of the family, compensation for victims of crime, the basis of human solidarity across national boundaries. Although his conclusions are frequently controversial, Haldane always avoids polemics and the ideological parti pris, thus giving a welcome example of respectful and civil public argument.’ ― Martha Nussbaum ‘What resources can philosophy bring to bear, when its enquiries are not theoretical, but practical? In Practical Philosophy John Haldane answers this question in a brilliant survey of key issues, showing us how a variety of theories can obscure or distort our view of the practical realities of life, family, and society. With admirable clarity he also shows us how philosophy can rescue us from such theorizing.’ ― Alasdair MacIntyre

Luigi Einaudi, Paolo Silvestri, “On Abstract and Historical Hypotheses and on Value Judgments in Economic Sciences”

English | 2016 | 192 pages | PDF | 2 MB
Luigi Einaudi (1874-1961) was a leading liberal economist, economic historian and political figure. This book provides the English-speaking world with a first critical edition of Einaudi’s – hitherto unpublished – rewriting of one of his most unique and thoughtful essays.
The relevance of this essay is crucial from several perspectives: history and methodology of economic thought, role of economics and its relation to other disciplines and to social values, role of economists in the public sphere, while also encompassing the discourse on man and the economist as a “whole man”. The critical edition of On Abstract and Historical Hypotheses and on Value Judgments in Economic Sciences includes a comprehensive introduction and afterword. An extensive reappraisal of this newly discovered essay will help to cast light on Einaudi’s uniqueness and originality within and beyond the Italian tradition in public finance, thereby also illuminating his attempt to provide an epistemological account of his long lasting enquiry into the causes of good and bad polities.
This book is of great interest to those who study economic theory and philosophy, as well as history of economic thought, public economics and legal and political philosophy. 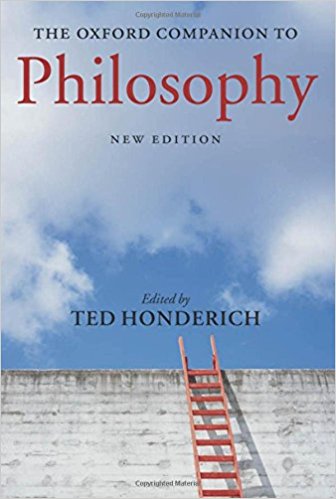 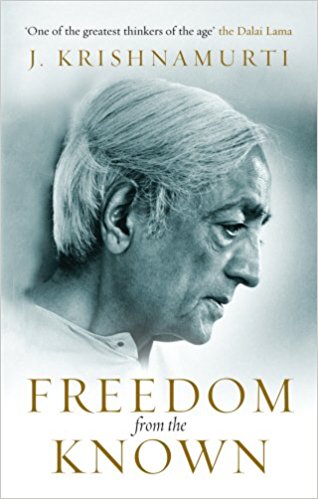 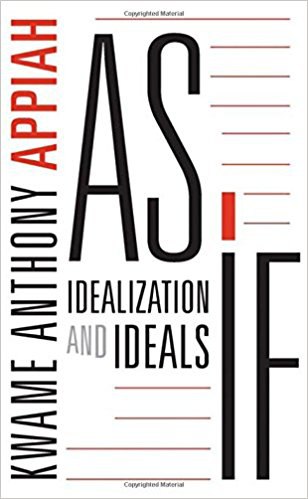 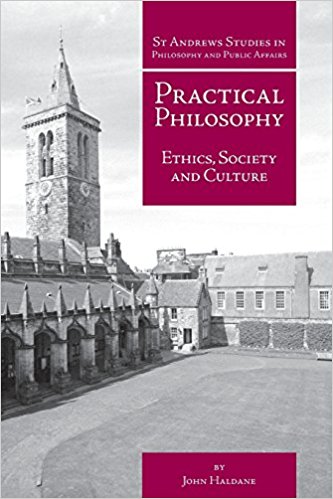 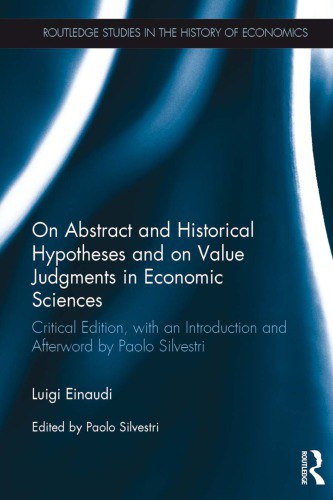 On Abstract and Historical Hypotheses and on Value Judgments in Economic Sciences.pdf
1.76 MB
Rating
( No ratings yet )
Like this post? Please share to your friends:
Related articles