Political Dissent in Democratic Athens: Intellectual Critics of Popular Rule by Josiah Ober
Digging for Hitler: The Nazi Archaeologists Search for an Aryan Past
Pamela Beth Radcliff, “Modern Spain: 1808 to the Present”
Forms of Knowledge in Early Modern Asia: Explorations in the Intellectual History of India and Tibet, 1500–1800 by Sheldon Pollock
European Jewry in the Age of Mercantilism, 1550-1750 (Littman Library of Jewish Civilization) by Jonathan I. Israel

How and why did the Western tradition of political theorizing arise in Athens during the late fifth and fourth centuries B.C.? By interweaving intellectual history with political philosophy and literary analysis, Josiah Ober argues that the tradition originated in a high-stakes debate about democracy. Since elite Greek intellectuals tended to assume that ordinary men were incapable of ruling themselves, the longevity and resilience of Athenian popular rule presented a problem: how to explain the apparent success of a regime “irrationally” based on the inherent wisdom and practical efficacy of decisions made by non-elite citizens? The problem became acute after two oligarchic coups d’ tat in the late fifth century B.C. The generosity and statesmanship that democrats showed after regaining political power contrasted starkly with the oligarchs’ violence and corruption. Since it was no longer self-evident that “better men” meant “better government,” critics of democracy sought new arguments to explain the relationship among politics, ethics, and morality.
Ober offers fresh readings of the political works of Thucydides, Plato, and Aristotle, among others, by placing them in the context of a competitive community of dissident writers. These thinkers struggled against both democratic ideology and intellectual rivals to articulate the best and most influential criticism of popular rule. The competitive Athenian environment stimulated a century of brilliant literary and conceptual innovation. Through Ober’s re-creation of an ancient intellectual milieu, early Western political thought emerges not just as a “footnote to Plato,” but as a dissident commentary on the first Western democracy.

Digging for Hitler: The Nazi Archaeologists Search for an Aryan Past

During the 1930s, in the build up to the Second World War, the Nazis established a band of specialists, the SS-Ahnenerbe, under the command of Heinrich Himmler and Hermann Wirth. Their aim was nothing less than to prove the superiority of the Aryan race, and with it the unique right of the German people to rule Europe.
The occult figured as a key feature in many of these increasingly desperate quack research efforts. Part science, part espionage, and part fantasy. Archaeological expeditions were sent to Iceland, Tibet, Kafiristan, North Africa, Russia, the Far East, Egypt, and even South America and the Arctic. The Nazi Ancestral Heritage Society s chief administrator was Dr Wolfram Sievers, who cruelly conducted medical experiments on prisoners in concentration camps, and was responsible for the looting of historic artifacts considered Germanic for return to Germany. He rewarded those academics that took part with high military office, whilst those academics who contradicted or criticized the SS-Anenerbe were carted off to concentration camps where they faced certain death. This book tells the true history of the real life villains behind the Indiana Jones movies. Sometimes truth really is stranger than fiction!”

Modern Spain: 1808 to the Presentis a comprehensive overview of Spanish history from the Napoleonic era to the present day.
Places a large emphasis on Spain s place within broader European and global history
The chronological political narrative is enriched by separate chapters on long term economic, social and cultural developments
This presentation of modern Spanish history incorporates the latest thinking on key issues of modernity, social movements, nationalism, democratization and democracy

Forms of Knowledge in Early Modern Asia: Explorations in the Intellectual History of India and Tibet, 1500–1800 by Sheldon Pollock

In the past two decades, scholars have transformed our understanding of the interactions between India and the West since the consolidation of British power on the subcontinent around 1800. While acknowledging the merits of this scholarship, Sheldon Pollock argues that knowing how colonialism changed South Asian cultures, particularly how Western modes of thought became dominant, requires knowing what was there to be changed. Yet little is known about the history of knowledge and imagination in late precolonial South Asia, about what systematic forms of thought existed, how they worked, or who produced them. This pioneering collection of essays helps to rectify this situation by addressing the ways thinkers in India and Tibet responded to a rapidly changing world in the three centuries prior to 1800. Contributors examine new forms of communication and conceptions of power that developed across the subcontinent; changing modes of literary consciousness, practices, and institutions in north India; unprecedented engagements in comparative religion, autobiography, and ethnography in the Indo-Persian sphere; and new directions in disciplinarity, medicine, and geography in Tibet. Taken together, the essays in Forms of Knowledge in Early Modern Asia inaugurate the exploration of a particularly complex intellectual terrain, while gesturing toward distinctive forms of non-Western modernity.
Contributors. Muzaffar Alam, Imre Bangha, Aditya Behl, Allison Busch, Sumit Guha, Janet Gyatso, Matthew T. Kapstein, Françoise Mallison, Sheldon Pollock, Velcheru Narayana Rao, Kurtis R. Schaeffer, Sunil Sharma, David Shulman, Sanjay Subrahmanyam, Mohamad Tavakoli-Targhi

European Jewry in the Age of Mercantilism, 1550-1750 (Littman Library of Jewish Civilization) by Jonathan I. Israel

This survey history of Jewish life and culture in early modern Europe is the first to focus on the sixteenth and seventeenth centuries as a radically new phase in Jewish history. The book lays particular emphasis on the reversal of trends in western and central Europe in the late sixteenth century, which was followed by a rapid increase in Jewish numbers and activity, and far-reaching reorganization of Jewish society and institutions. A major consequence of these changes was a much expanded and more varied Jewish role in European civilization as a whole. The first edition of this book was the joint winner of the Wolfson Literary Prize for History in 1986. For this third edition, the book has been updated and includes a new introduction. 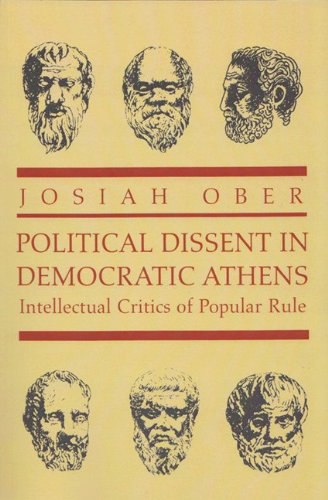 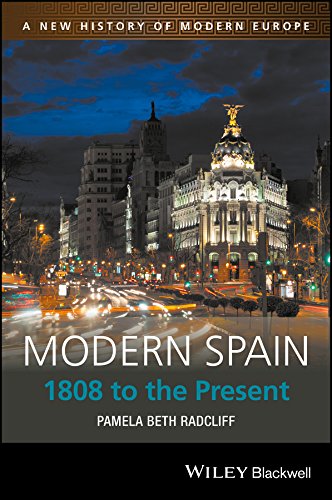 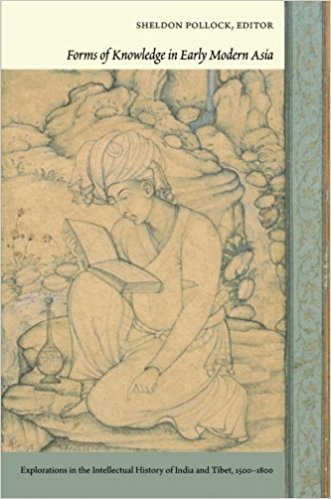 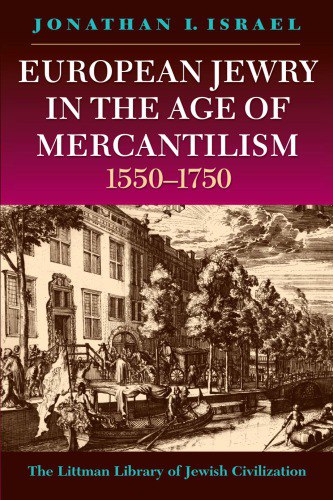 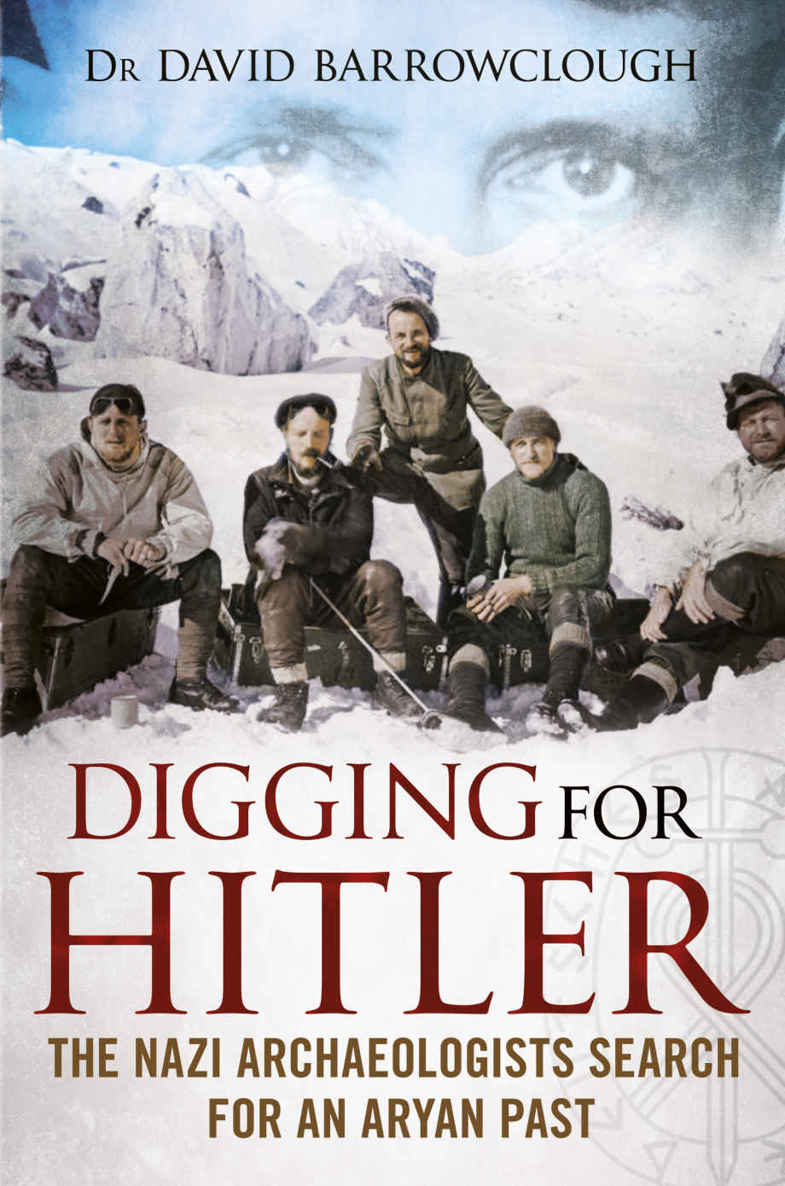 Digging for Hitler -The Nazi Archaeologists Search for an Aryan Past.epub
5.51 MB
Rating
( No ratings yet )
Like this post? Please share to your friends:
Related articles