Susan C. Karant-Nunn, Merry E. Wiesner-Hanks, “Luther on Women: A Sourcebook”
Annette Yoshiko Reed, “Fallen Angels and the History of Judaism and Christianity: The Reception of Enochic Literature”
Frances Garrett, “Religion, Medicine and the Human Embryo in Tibet”
The Butterfly Mosque: A Young American Woman’s Journey to Love and Islam by G. Willow Wilson
Greg Bishop, “Project Beta: The Story of Paul Bennewitz, National Security, and the Creation of a Modern UFO Myth”

This collection brings together selections from Martin Luther’s extensive writings on women, the vast majority of which are translated here into English for the first time. It includes chapters on Eve and the nature of women, the Virgin Mary, Biblical women, marriage, sexuality, childbirth, Luther’s relations with his wife and other contemporary women, and witchcraft. Merry Wiesner-Hanks and Susan Karant-Nunn provide a general introduction to each chapter, and Luther’s actual texts add fuel to the debate concerned with whether the Protestant Reformation was beneficial or detrimental to women.

Annette Yoshiko Reed, “Fallen Angels and the History of Judaism and Christianity: The Reception of Enochic Literature”

In the Book of the Watchers, an Enochic apocalypse from the third century BCE, the “sons of God” of Gen 6:1-4 are accused of corrupting humankind through their teachings of metalworking, cosmetology, magic, and divination. By tracing the transformations of this motif in Second Temple, Rabbinic, and early medieval Judaism and early, late antique, and Byzantine Christianity, this book sheds light on the history of interpretation of Genesis, the changing status of Enochic literature, and the place of parabiblical texts and traditions in the interchange between Jews and Christians in Late Antiquity and the early Middle Ages.

Frances Garrett, “Religion, Medicine and the Human Embryo in Tibet”

This book explores the cultural history of embryology in Tibet, in culture, religion, art and literature, and what this reveals about its medicine and religion. Filling a significant gap in the literature this is the first in-depth exploration of Tibetan medical history in the English language. It reveals the prevalence of descriptions of the development of the human body – from conception to birth – found in all forms of Tibetan religious literature, as well as in medical texts and in art.
By analysing stories of embryology, Frances Garrett explores questions of cultural transmission and adaptation: How did Tibetan writers adapt ideas inherited from India and China for their own purposes? What original views did they develop on the body, on gender, on creation, and on life itself?
The transformations of embryological narratives over several centuries illuminate key turning points in Tibetan medical history, and its relationship with religious doctrine and practice. Embryology was a site for both religious and medical theorists to contemplate profound questions of being and becoming, where topics such as pharmacology and nosology were left to shape secular medicine. The author argues that, in terms of religion, stories of human development comment on embodiment, gender, socio-political hierarchy, religious ontology, and spiritual progress. Through the lens of embryology, this book examines how these concerns shift as Tibetan history moves through the formative ‘renaissance’ period of the twelfth through to the seventeenth centuries.

The Butterfly Mosque: A Young American Woman’s Journey to Love and Islam by G. Willow Wilson

The extraordinary story of an all-American girl’s conversion to Islam and her ensuing romance with a young Egyptian man, The Butterfly Mosque is a stunning articulation of a Westerner embracing the Muslim world.
When G. Willow Wilson—already an accomplished writer on modern religion and the Middle East at just twenty-seven—leaves her atheist parents in Denver to study at Boston University, she enrolls in an Islamic Studies course that leads to her shocking conversion to Islam and sends her on a fated journey across continents and into an uncertain future.
She settles in Cairo where she teaches English and submerges herself in a culture based on her adopted religion. And then she meets Omar, a passionate young man with a mild resentment of the Western influences in his homeland. They fall in love, entering into a daring relationship that calls into question the very nature of family, belief, and tradition. Torn between the secular West and Muslim East, Willow records her intensely personal struggle to forge a “third culture” that might accommodate her own values without compromising the friends and family on both sides of the divide.

Greg Bishop, “Project Beta: The Story of Paul Bennewitz, National Security, and the Creation of a Modern UFO Myth”

THE HORRIFYING TRUE STORY OF A GOVERNMENT-AUTHORIZED CAMPAIGN OF DISINFORMATION THAT DEFINED AN ERA OF ALIEN PARANOIA AND DESTROYED ONE MAN’S LIFE.
In 1978, Paul Bennewitz, an electrical physicist living in Albuquerque, New Mexico, engaged in some aggressive radio monitoring of the nearby Sandia Labs, then managed by the Department of Defense. When he became convinced that the strange lights hovering over the labs and Kirtland Air Force Base signaled the vanguard of an extraterrestrial alien invasion, he began writing TV stations, newspapers, senators – and even President Reagan – to alert them.
For the most part Bennewitz received form-letter replies, but Air Force investigators paid him a visit, as did Bill Moore, author of the first book on the Roswell incident. Before long Moore – then a new force in civilian UFO research – was tapped by a group of intelligence agents and a deal was struck: Moore was to keep tabs on Bennewitz while the Air Force ran a psychological profile and disinformation campaign on the unsuspecting physicist. In return, Air Force Intelligence would let Moore in on classified UFO material.
This is Bennewitz’s harrowing tale, told by fringe-culture historian Greg Bishop. It is the troubling account of the custom-made hall of smoke and mirrors that eventually drove Bennewitz to a mental institution, as well as the story of the explosive propagation of disinformation that began in 1979 and reverberates through the UFO community and pop culture to this day. 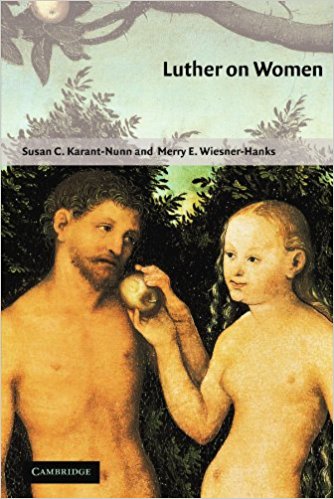 Fallen Angels and the History of Judaism and Christianity The Reception of Enochic Literature.pdf
4.25 MB
Rating
( No ratings yet )
Like this post? Please share to your friends:
Related articles