Robert Draper – To Start a War

Info: Even now, after more than fifteen years, it is hard to see the invasion of Iraq through the cool, considered gaze of history. For too many people, the damage is still too palpable, and still unfolding. Most of the major players in that decision are still with us, and few of them are not haunted by it, in one way or another. Perhaps it’s that combination, the passage of the years and the still unresolved trauma, that explains why so many protagonists opened up so fully for the first time to Robert Draper.

Draper’s prodigious reporting has yielded scores of consequential new revelations, from the important to the merely absurd. As a whole, the book paints a vivid and indelible picture of a decision-making process that was fatally compromised by a combination of post-9/11 fear and paranoia, rank naïveté, craven groupthink, and a set of actors with idées fixes who gamed the process relentlessly. Everything was believed; nothing was true. The intelligence failure was comprehensive. Draper’s fair-mindedness and deep understanding of the principal actors suffuse his account, as does a storytelling genius that is close to sorcery. There are no cheap shots here, which makes the ultimate conclusion all the more damning. In the spirit of Barbara Tuchman’s The Guns of August and Marc Bloch’s Strange Defeat, To Start A War will stand as the definitive account of a collective process that arrived at evidence that would prove to be not just dubious but entirely false, driven by imagination rather than a quest for truth–evidence that was then used to justify a verdict that led to hundreds of thousands of deaths and a flood tide of chaos in the Middle East that shows no signs of ebbing. 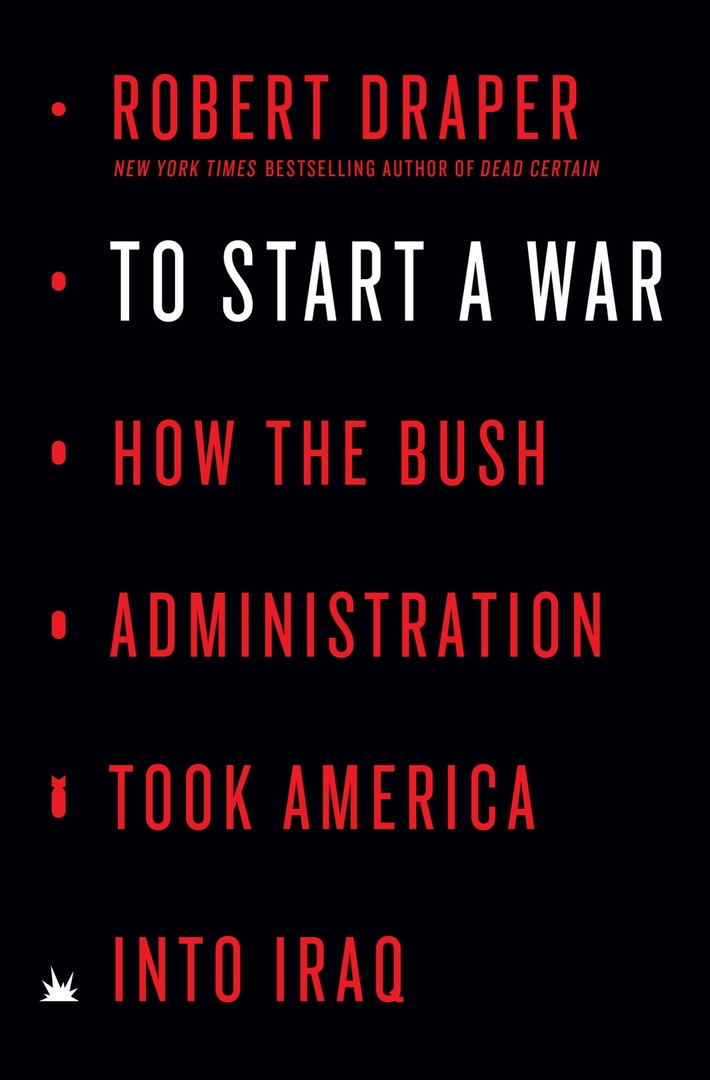