The Black Dancing Body: A Geography From Coon to Cool by Brenda Dixon Gottschild
Into the Maelstrom: Music, Improvisation and the Dream of Freedom: Before 1970 by David Toop
Gary E. McPherson, “Musical Prodigies: Interpretations from Psychology, Education, Musicology, and Ethnomusicology”
Anthology of Musical Forms – Structure & Style: The Study and Analysis of Musical Forms by Leon Stein
David M. Koenig, Delwin D. Fandrich, “Spectral Analysis of Musical Sounds with Emphasis on the Piano”

The Black Dancing Body: A Geography From Coon to Cool by Brenda Dixon Gottschild

What is the essence of black dance in America? To answer that question, Brenda Dixon Gottschild maps an unorthodox ‘geography’, the geography of the black dancing body, to show the central place black dance has in American culture. From the feet to the butt, to hair to skin/face, and beyond to the soul/spirit, Brenda Dixon Gottschild talks to some of the greatest choreographers of our day including Garth Fagan, Francesca Harper, Meredith Monk, Brenda Buffalino, Doug Elkins, Ralph Lemon, Fernando Bujones, Bill T. Jones, Trisha Brown, Jawole Zollar, Bebe Miller, Sean Curran and Shelly Washington to look at the evolution of black dance and it’s importance to American culture. This is a groundbreaking piece of work by one of the foremost African-American dance critics of our day.

Into the Maelstrom: Music, Improvisation and the Dream of Freedom: Before 1970 by David Toop

In this first installment of acclaimed music writer David Toop’s interdisciplinary and sweeping overview of free improvisation, Into the Maelstrom: Music, Improvisation and the Dream of Freedom: Before 1970 introduces the philosophy and practice of improvisation (both musical and otherwise) within the historical context of the post-World War II era.
Neither strictly chronological, or exclusively a history, Into the Maelstrom investigates a wide range of improvisational tendencies: from surrealist automatism to stream-of-consciousness in literature and vocalization; from the free music of Percy Grainger to the free improvising groups emerging out of the early 1960s (Group Ongaku, Nuova Consonanza, MEV, AMM, the Spontaneous Music Ensemble); and from free jazz to the strands of free improvisation that sought to distance itself from jazz.
In exploring the diverse ways in which spontaneity became a core value in the early twentieth century as well as free improvisation’s connection to both 1960s rock (The Beatles, Cream, Pink Floyd) and the era of post-Cagean indeterminacy in composition, Toop provides a definitive and all-encompassing exploration of free improvisation up to 1970, ending with the late 1960s international developments of free music from Roscoe Mitchell in Chicago, Peter Brötzmann in Berlin and Han Bennink and Misha Mengelberg in Amsterdam.

Child prodigies have been observed in a range of disciplines – particularly music, mathematics, chess, and art. The question of what makes a prodigy has long been controversial. Some have dismissed the notion of giftedness, arguing that most famous prodigies had strong parental, cultural, and environmental influences that helped them develop their extraordinary abilities. One recent theory suggested that anyone could achieve outstanding success in whatever endeavour they wanted with a minimum of 10,000 hours of practice. Nevertheless, many studies of prodigies have suggested that there might be strong underlying cognitive differences, regarding their use of short-term versus long-term memory, spatial memory, imagery, and language. Whatever the arguments – for those interested in child development – prodigies remain a fascinating subject of study when considering questions about creativity, intelligence, development, and the impact of nature versus nurture.
This books breaks new ground in presenting the first scientific exploration on the topic of musical prodigies. It brings together research from a range of disciplines, including psychology, neurobiology, and genetics, to provide a thorough exploration of prodigious talent. In addition, the book includes fascinating case studies of prodigies and also looks at their long-term development into adulthood – many child prodigies have had problems making the transition into adolescence and adulthood.
Musical prodigies will be required reading for anyone interested in child development, music, and the arts

Structure and Style, first published in 1962 and expanded in 1979, fills the need for new ways of analysis that put 20th-century music in perspective. It spans forms in use before 1600 through forms and techniques in use today. Anthology of Musical Forms provides musical examples of forms treated in Structure and Style. Some examples are analyzed throughout. Most are left for the student to analyze. These books reflect Leon Stein’s impressive background as student, musician, and composer. Stein studied composition with Leo Sowerby, Frederick Stock (conductor of the Chicago Symphony), and orchestration with Eric DeLamarter, his assistant. He earned M. Mus and Ph.D degrees at DePaul University and was associated with its School of Music as director of the Graduate Division and chairman of the Department of Theory and Composition until his retirement in 1976. He has composed a wide variety of works, including compositions for orchestra, chamber combinations, two operas, and a violin concerto.

This book addresses the analysis of musical sounds from the viewpoint of someone at the intersection between physicists, engineers, piano technicians, and musicians.
The study is structured into three parts. The reader is introduced to a variety of waves and a variety of ways of presenting, visualizing, and analyzing them in the first part. A tutorial on the tools used throughout the book accompanies this introduction. The mathematics behind the tools is left to the appendices. Part Two provides a graphical survey of the classical areas of acoustics that pertain to musical instruments: vibrating strings, bars, membranes, and plates. Part Three is devoted almost exclusively to the piano. Several two- and three-dimensional graphical tools are introduced to study various characteristics of pianos: individual notes and interactions among them, the missing fundamental, inharmonicity, tuning visualization, the different distribution of harmonic power for the various zones of the piano keyboard, and potential uses for quality control. These techniques are also briefly applied to other musical instruments studied in earlier parts of the book.
For physicists and engineers there are appendices to cover the mathematics lurking beneath the numerous graphs and a brief introduction to MatlabRG which was used to generate these graphs. A website accompanying the book ) contains:
– Matlab scripts
– mp3 files of sounds
– references to YouTube videos
– and up-to-date results of recent studies 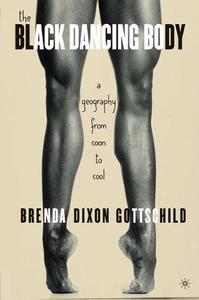 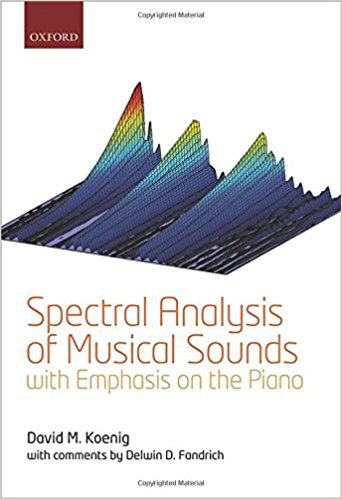 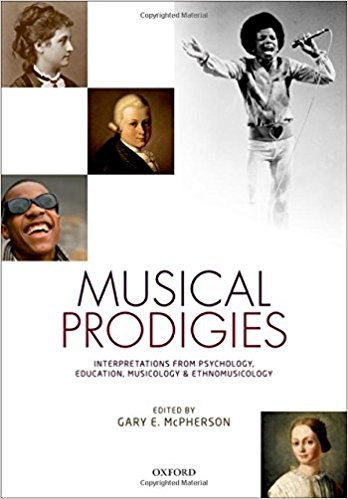 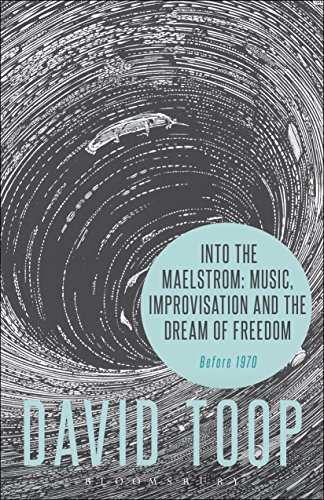 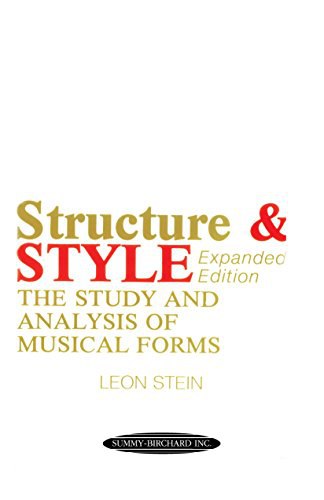 Anthology of Musical Forms -- Structure & Style The Study and Analysis of Musical Forms.epub
6.71 MB
Rating
( No ratings yet )
Like this post? Please share to your friends:
Related articles