The Devil in the White City by Erik Larson

The Devil in the White City tells the stories of two men—Daniel H. Burnham, the architect responsible for the construction of the Chicago World’s Fair in 1893, and H.H. Holmes, a serial killer (sometimes called America’s First Serial Killer) who is believed to have been responsible for dozens of murders that occurred around the time of the fair. Larson’s story is a sort of dual narrative, delving deeply into the details of what it took to imagine and build the famous White City of the World’s Fair and the fair’s success, as well as Dr. Holmes’s equally, but more sinisterly, successful World’s Fair Hotel and the ways in which he lured victims to their deaths. It is a deliciously creepy read, even creepier because it’s a true story. 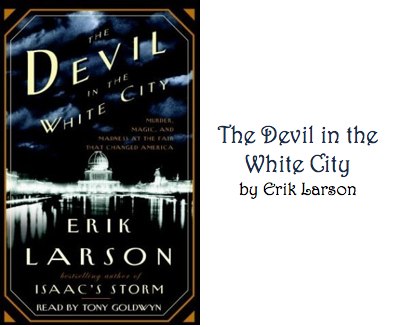 The Devil in the White City by Erik Larson