1.
Claude Lecouteux
The Secret History of Vampires: Their Multiple Forms and Hidden Purposes

A look at the forgotten ancestors of the modern-day vampire, many of which have very different characteristics

• Looks at the many ancestoral forms of the modern vampire, including shroud eaters, appesarts, and stafi

Of all forms taken by the undead, the vampire wields the most powerful pull on the modern imagination. But the countless movies and books inspired by this child of the night who has a predilection for human blood are based on incidents recorded as fact in newspapers and judicial archives in the centuries preceding the works of Bram Stoker and other writers.

Digging through these forgotten records, Claude Lecouteux unearths a very different figure of the vampire in the many accounts of individuals who reportedly would return from their graves to attack the living. These ancestors of the modern vampire were not all blood suckers; they included shroud eaters, appesarts, nightmares, and the curious figure of the stafia, whose origin is a result of masons secretly interring the shadow of a living human being in the wall of a building under construction. As Lecouteux shows, the belief in vampires predates ancient Roman times, which abounded with lamia, stirges, and ghouls. Discarding the tacked together explanations of modern science for these inexplicable phenomena, the author looks back to another folk belief that has come down through the centuries like that of the undead: the existence of multiple souls in every individual, not all of which are able to move on to the next world after death.

2.
Leo Braudy
Haunted: On Ghosts, Witches, Vampires, Zombies, and Other Monsters of the Natural and Supernatural Worlds

Leo Braudy, a finalist for both the National Book Award and the National Book Critics Circle Award, has won accolades for revealing the complex and constantly shifting history behind seemingly unchanging ideas of fame, war, and masculinity.

Continuing his interest in the history of emotion, this book explores how fear has been shaped into images of monsters and monstrosity. From the Protestant Reformation to contemporary horror films and fiction, he explores four major types: the monster from nature (King Kong), the created monster (Frankenstein), the monster from within (Mr. Hyde), and the monster from the past (Dracula). Drawing upon deep historical and literary research, Braudy discusses the lasting presence of fearful imaginings in an age of scientific progress, viewing the detective genre as a rational riposte to the irrational world of the monstrous. Haunted is a compelling and incisive work by a writer at the height of his powers.

A thrilling treasury of vampire lore!Since the seventeenth century, people have been frightened, mesmerized, and fascinated by the terrifying tales of vampires. In this book, you’ll uncover the history and mystery behind these bloodthirsty monsters with folklore, mythology, and poetry from every tradition in the world. From the Bosnian Lampir, whose disease-ridden corpse spread infection and death throughout villages, to Bram Stoker’s charming Dracula, who helped define modern-day vampires, the wicked stories surrounding these nocturnal beings are sure to captivate anyone who has ever wondered about these shadow-loving creatures. Whether you’re interested in exploring the culture of vampires or just want to learn more about their supernatural abilities, you’ll discover dozens of compelling tales, historical accounts, and haunting legends that shed some light on these sinister beings.Complete with detailed illustrations, Vampires reveals the dark allure and gruesome power of these creatures of the night.

For centuries, vampires have lurked in the shadows, preying upon the weak and defenseless. Now, with world population centers booming, the vampires have found rich new hunting grounds. But help is at hand, Vampires: A Hunter’s Guide contains all the information necessary to recognize and combat the growing vampire threat. After exploring the origins of these dark and terrible creatures, it examines the numerous vampire species and subspecies that exist around the world today. Focusing on the hunters’ weapons, tactics and skillsets, this book provides information on identifying and eliminating vampires, noting the best practices from the secretive, powerful and dedicated hunters from around the world, and throughout the ages. With full-color illustrations of predator and prey, this is the ultimate resource in the fight to save humanity from the vampires.

Step into the mysterious world of haunted plantations, where you’ll meet the restless spirits of soldiers, slaves, and owners who roam the antiquated halls. Presenting majestic homes from seven southern states, this remarkable guide contains dramatic history and true stories from the days before and during the Civil War.

Join paranormal expert Richard Southall on an awe-inspiring journey through each plantation, exploring grand houses and their ghastly ghouls. Haunted Plantations of the South presents fascinating research, in-depth interviews with ghost hunters, and unforgettable encounters full of paranormal activity and evidence. Discover the phantom casket of the Sweetwater Plantation, the Man in Black who haunts Bellamy Mansion, and many more compelling ghost stories along the way.

Fear the full moon; for on that day of lunacy the wrath of the werewolves is unleashed. For thousands of years, from the depths of the dark forests to the dimly lit city streets, these beasts have stalked us from the shadows. This book is the only thing standing between humanity and an overwhelming horde of lycanthropes. It reveals the huge variety of werewolf types, including viral, shamanic, and sorcerous, highlighting their strengths and weaknesses, and explaining the best methods to capture or kill each variety. It also tells the full history of werewolves and the shocking role that they have played in some of history’s most significant events, especially their involvement in numerous wars. Finally, it covers the groups and societies devoted to hunting the creatures, whether for safety, study, or sport.

7.
Strange: True Stories of the Mysterious and Bizarre

Did werewolves roam the countryside of fifteenth century France? What exactly is El Chupacabra, a creature whose name translates to “The Goat Sucker” in English? What phantoms and apparitions drift the halls of Borley Rectory, earning it the nickname of “The Most Haunted House in England”? Featuring maps, callouts, and facts that locate these mysterious happenings, Strange is a groundbreaking book and the first of its kind.

In this riveting account of history’s most baffling mysteries, two of the world’s leading authorities on the supernatural, writer Colin Wilson and his son, Damon, search for the elusive answers to the most puzzling questions of the all time-from the fate of Atlantis to the curses of the ancient Egyptians to the Bermuda Triangle. Dozens of mysteries, some that have puzzled scientists and thinkers for centuries, are collected, illustrated, and explained in this captivating-and chilling-book.

Lavishly illustrated and expertly written, Strange continues the Wilsons’ quest for answers to the great mysteries of the universe, taking readers on a journey beyond the imagination where fact seems stranger than fiction. 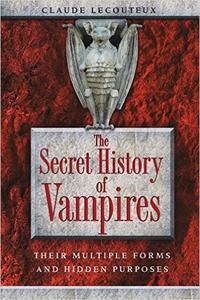 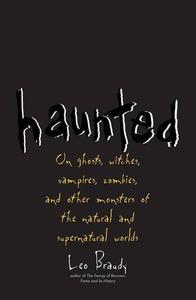 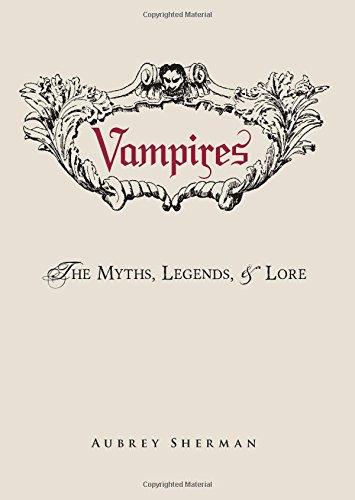