Info: In dark or desperate times, the artwork is placed in a difficult position. Optimism seems naive, while pessimism is no better. During some of the most demanding years of the 20th century two distinctive bodies of work sought to respond to this problem: the writings of Maurice Blanchot and American film noir. Both were seeking not only to respond to the times but also to critically reflect them, but both were often criticised for their own darkness. Understanding how this darkness became the means of responding to the darkness of the times is the focus of Noir and Blanchot, which examines key films from the period (including Double Indemnity and Vertigo) alongside Blanchot’s writings (particularly his 1948 narrative Death Sentence).

What emerges from this investigation is the complex manner in which these works disrupt the experience of time and the event and in doing so expose an entirely different mode of material expression. 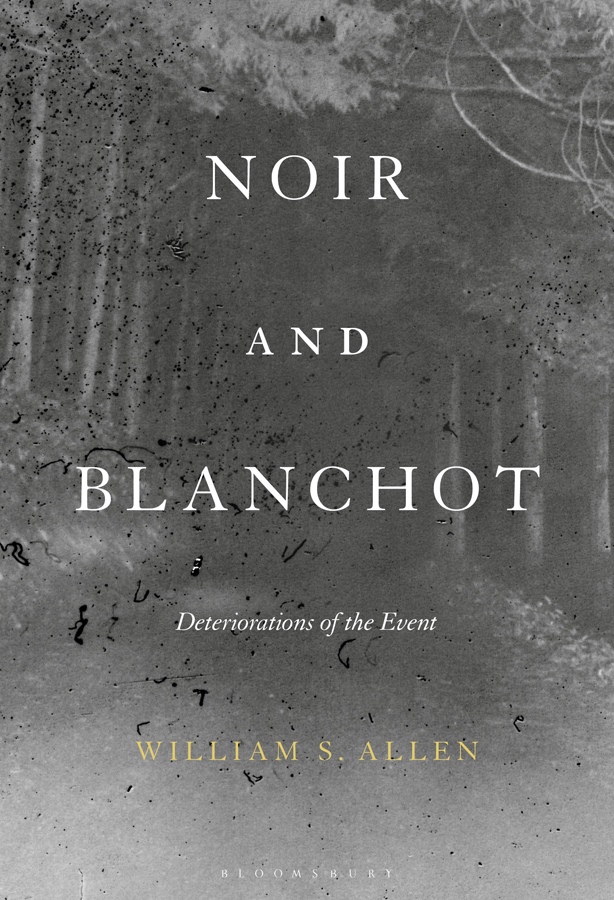